The concept of authenticity contains that of the author, in the sense of originator. Something is authentic when it touches the act of original creation, a point conventionally located in the past. Landscapes or traditions are seen as authentic if they have remained largely unchanged since their emergence. A work of art, let’s say a painting by Rembrandt, is considered authentic if it can be proved to have been directly and physically worked by the artist and thereafter left unchanged. This essentialist definition of authenticity reflects two things. First, a culture that organizes questions of meaning via physical objects, and for which the historical placing of these objects is therefore of particular importance. Second, the difficulty of preserving physical objects, given the entropy of time, the effects of war and destruction, and their continual deterioration and re-utilization in changing historical contexts. Surviving all these things and remaining authentic is rare, and therefore significant.

Under digital conditions, however, authenticity comes about completely differently. Central to the process is no longer the preservation of a genuineness derived from a material connection to the past, but rather the performative creation of new authenticity in the present. This change is evident both in the negotiation of meaning and the patterns of subjectivation.

The collective negotiation of meaning brings about culture. It comprises the sum of all the processes with which smaller or larger groups obtain a stable or fragile consensus about what for them is right and wrong, important and unimportant, beautiful and ugly, desirable and despicable, in short, how their members concretely want to live given the range of possibilities. Culture, as Egon Fridell observed, is the “wealth of problems,” the space beyond pure necessity. The negotiation of these problems is always in flow, at different speeds in different places, and never free from contradiction. Every apparent consensus creates winners and losers, and is questioned either implicitly or explicitly by the latter. This process can take place peacefully or violently.

The preconditions for this work today are no longer primarily characterized by the difficulty of preserving particularly significant material objects from historical erosion. What has come to the fore is the challenge of constructing meaningful coherences out of a chaotic, highly dynamic overabundance of signs. The problem arises here of the chaotic overflow destabilizing the meaning of the signs and their referential character. In contrast to a museum or a book, which usually put the individual elements into an understandable logical context, thus establishing a greater part of the meaning, a search engine or mass-media timeline delivers a series of fragments whose inner cohesion can’t be read. This is determined by the specifics of the search algorithm, which isn’t intended to produce a narrative coherence but to reflect the dynamic network topology. Things initially appear decontextualized and thus radically ambivalent in meaning. It is now the task of each individual to put them into a meaningful cultural context.

This work takes place through selection and other referential procedures carried out by both humans and machines. For questions of authenticity, human work remains central. Through individuals selecting what they find important—by clicking on this link (and not one of the many others), by looking at this page (and not one of the many others), by bookmarking or liking something, by downloading it or redirecting it—a new coherency emerges, a personal selection of things deemed important, even if only for a second and only for entertainment. The coherency arising from continual selection both generates an image of the world (which only thus became visible) and locates the person in it. The important thing is for the referential source to remain somehow recognizable, as it’s through this recognizability of individual elements that the new specific chain of reference is located in a wider context. The focus is not on the break with continuity, the emphasis on fragmentariness, as Adorno argued in reference to analogue montage, but on the achievement of a successful, if temporary, synthesis; less Franz Biberkopf than Conchita Wurst.

It is human selection that turns a machine selection that is meaningless because of its compilation criteria into a (potentially) meaningful narrative. Under conditions of continual abundance that threaten to wash away any temporary coherence, these referential procedures of selection, connection, and transformation have to be repeated continuously. This gives rise to something like a performative real-time meaning, which has to be kept permanently up to date so as not to slide into a shadow realm of virtuality—in the sense of the not yet or no longer realized possibility.

On the level of the individual this selection and its resulting context of meaning is initially a mere assertion, as meaning is ultimately always social. It exists through the validation and alteration of one’s own selection by others. Only when others also perceive as right or important what I see as right or important can I be sure that my selection is meaningful. Connective feedback validates the singular performance, the continual referential production of meaning, as important and thus as relevant for the construction of reality; in other words, as authentic. Without continual feedback the performance would be futile and meaningless, similar to how a DJ in a club has to connect with the audience in order to be able to find out what the right soundtrack for the moment is. Or perhaps more accurately, similar to how improvising musicians have to listen attentively to one another so as to know exactly how to carry on playing. This doesn’t mean that there aren’t voices more influential than others, on the concert stage as in social life. To claim such a thing in the age of influencers would be absurd. But this influence doesn’t come from them occupying the center of a classical broadcasting structure, rather from the willingness of their followers to listen to them, to see their world view as relevant (according to whatever criteria), and so to create the central broadcasting position in the first place.

Every individual, according to the operative assumption of this structure, takes part voluntarily in this interconnected organization of referential abundance, which is why the selection is initially seen as authentic—in the classic sense of having a direct relationship to a person. This assumption, as most people know, is theoretically naive, and in practice often turns out to be false. Even spontaneity can be calculated, and in many cases in fact is. But the expectation of authenticity is nonetheless relevant, as it creates a minimum of trust. Such contrafactual expectations as the basis of social trust also exist elsewhere. Even critical readers of newspapers must initially assume that the information they gather has been thoroughly researched, objectively presented, or corresponds to the actual opinion of the columnist, although they in fact know that objectivity is a highly problematical theoretical construct—so much has postmodern theory become common property—and that newspapers have their own (hidden) agendas or wage their own campaigns. But without such contrafactual assumptions the respective orders of knowledge and communication wouldn’t function, as they form the normative framework within which deviations can be perceived, criticized, or sanctioned at all.

The “self” that makes the authentic selection is conceived—apparently quite classically—with reference to an inner world, something like personal conscience, interest, or desire. But this inner world as the core of personality no longer represents an unalterable essential feature, but rather a temporary position. Even radical reinvention can count as authentic today. This is the central difference from the classical bourgeois concept of the subject. The subject is no longer understood as essentialist, but indeed also as performative, as a continual process of subjectivation. The central demand on the individual who voluntarily enters the narrower or wider networked public sphere is therefore no longer for self-knowledge but self-motivation. And a coherent core is no longer required. It is no contradiction to appear differently as “oneself” in different connective contexts. Similarly to the remix and other referential procedures, the point isn’t to preserve authenticity but to produce it in the respective moment. The success or failure of these endeavors is decided by others through continual feedback. One like after the other.

These practices lead to an altered form of subject constitution. Some empirical sociologists have suggested the term networked individualism for this, and some philosophers the term dividual. But despite the converse terminology—the individual and the indivisible, the dividual and the divisible—both perspectives are based on the observation that under digital conditions people no longer develop their identity from the assumption of an inner core, which was so central to the constitution of the bourgeois subject at least. Increasingly, this occurs via their personal social networks, that is, via the connective formations in which they are active as individuals and in which they are perceived as singular but continually variable persons. This variability is potentiated by the fact that the network coding and the algorithms of rating and sorting based on it no longer conceive and process individual people as unities, but as aggregates that can be randomly broken up and reassembled and only in exceptional cases possess the form of an individual, physical person.

However, authenticity still plays a central role under digital conditions as a qualitative element of evaluation and orientation, in terms of both the (digital) objects that carry meaning and the subjects that constitute it. But the procedures that establish and perform authenticity have altered radically, from an inner essence that manifests through its unchangeableness to a dynamic real-time production on the basis of multi-directional feedback. The more the big top-down narratives—of freedom, markets, welfare state, technical progress—lose their binding force, the more bottom-up feedback-based structures of meaning and authenticity gain in significance. The danger that this will impel the further fragmentation of society is very real. But it doesn’t have to be. If it becomes possible to extend the actors included in such post-cybernetic (because oriented to communication and not control) feedback loops to animals, trees, and rivers, for example, a new grand narrative more strongly connecting these fragments with one another could indeed emerge. 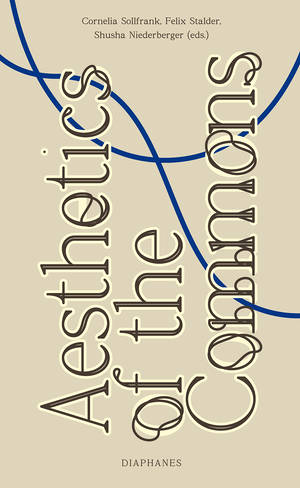