On Trees, Neophytes, and Druids

After a visit to the Museum of Fine Arts in Chur to discuss two symposia on landscape, I travel to Zurich by train with the artist Monica Ursina Jaeger. The route is familiar, as my mother lives near Chur. I associate the names of the stations with walks in the outlying mountains: Landquart, Bad Ragaz, Sargans, Walenstadt. The landscape is punctuated by memories. There our dog almost fell into a torrential river; there by a lake we ate pickled cucumber and cold cuts, and then fell asleep in the shadow of beeches and oaks. For a long time I’ve been wanting to talk with Monica about certain things related to the vegetation of these landscapes. When the train departs I switch my phone’s Speech Memo app to record.

Damian Christinger: Monica, you work as an artist, researcher, and lecturer at the Institute of Natural Resource Sciences (IUNR) at the Zurich University of Applied Sciences. In your recent large sculptural work Non Grata, and through your activity at the IUNR, I continually stumble across the concept of the “neophyte.” What are neophytes?

Monica Ursina Jaeger: Neophytes is the name given to plants that were brought to Europe after 1492, that is after the so-called “discovery” of America by Christopher Columbus. The invasive neophytes always become an issue for us when they suppress other plants and cause ecological harm.

DC: The work Non Grata protects a group of young beeches on a pedestal with a structure similar to a garden pavilion, but constructed from razor-sharp elements used to preserve the walls of listed buildings. So are the beeches are supposed to be protected against neophytes, immigrated and immigrating plants?

MUJ: Non Grata of course refers to the diplomatic and political term persona non grata, an undesired person. On the one hand the beeches will be supplanted in the medium term; on the other they pushed back the older-established oaks in the Neolithic. But in any case the greatest threat to the forests—and so to the beech forests as well—is the human being. Climate change, for example, is fundamentally changing the Swiss forests. We’re sitting here on the train to Zurich, watching the winter landscape going past. The white of the snow contrasts with the basic brown tones of the surrounding forests. Contrasting accents of color are given by ivy and the occasional evergreen conifer. When my son, who’s now in kindergarten, travels this same route with his grandchildren, the winter forests will be green. Such at least is the prognosis of the researchers at the ETH Zurich [Swiss Federal Institute of Technology]. It will soon be too warm for the beeches, and they will slowly retreat northward will be replaced by oaks.

DC: By the same oaks that the beeches displaced after the ice age?

MUJ: No, by the holly oaks found today in the south, that is by evergreen oaks. Imagine a forest in Crete: that’s what it will look like here before the century’s up.

DC: So the “locals” will be replaced by “immigrants” from the south?

MUJ: I can hear what you’re driving at in the tone of your voice, and this was precisely the starting point for Non Grata. When I was researching the history of the beech, a scientist at the institute gave me a remarkable article by Walter Keller. This specialist text in the landscape-research journal Infoblatt Forschungsbereich Landschaft, published by the WSL the Federal Office of Forests, Snow, and Landscape, a prototypical Swiss institution, where Walter Keller was also employed, bore the nice title “Did Invasive Neophytes Cause Problems in the Neolithic?” and it was published in 2002. It began with description of an inquiry made to Keller by a professor at an American university who told him of an astonishing breakthrough in the translation of some clay tablets. These tables were a report by a Neolithic traveler on the Amber Road who came from the east to an area with a great many lakes, an area that could be identified by its description as present-day Switzerland. According to the tablets the traveler had witnessed altercations between recently sedentary crop farmers and druids and their followers. While the druids wanted to burn and push back the new trees, which the American professor identified as beeches, the sedentary farmers welcomed these new arrivals, as they provided their fields with good protection from the wind and their animals with additional food.

I was fascinated and bewildered. The story sounded too unbelievable to be true. But it had been published in a distinguished professional journal and quoted since then in over forty other academic works. So I googled the university of the inquiring “professor,” and didn’t find any university of that name. The city where it was supposedly located to be turned out to be a small backwater, and when I went through the notes and absentmindedly wrote down the American man’s name, which had been cleverly masked by a page break after the initials, a suspicion was confirmed: the name of the professor was N.O. Body.

Meanwhile we’ve passed through Sargans. The castle on the promontory disappears slowly into the distance. I observe the beech woods that dominate the landscape here, and remember walking yesterday in the leafless winter forest. In the eighteenth century plant collectors were extremely successful business people, and the import of new foreign plants was very lucrative. Ginko, bamboo, and Japanese maple were top sellers. Associative memories of Eric Hansen’s Orchid Fever rush through my head, and I have to concentrate so as not to miss Monica’s narrative flow.

MUJ: Then I contacted the article’s author, Walter Keller, who is in retirement today, and he agreed to meet me. A while later I was sitting with a beech branch in Sprüngli on Paradeplatz, and a sympathetic older gentleman joined me. He frankly admitted that the story in the article had been a pure fabrication, so obviously bogus than no one should fall for it. He had written the article out of indignation at the aggressive and racist language dominating the discussion of neophytes—in order to take the discussion and its tone to the point of absurdity.

DC: The vocabulary does indeed seem völkisch. It speaks of autochthony, intruders, immigrants, and invaders, of natives and aliens …

MUJ: It still does. Earlier neophytes were welcomed. The potato or the many varieties of modern-day wheat, for example, which came from the New World, are now “integrated.” The geranium, meanwhile seen as the epitome of mountain homeliness, originally comes from South Africa. The vocabulary of botany is used to construct a homeland, and it’s xenophobic through and through. The apparently native is glorified, as reflected in the discussion on the Swiss primeval forest. Officially Switzerland has three primeval forests, i.e. woods that have remained untouched by human influences since their formation. One each in the cantons of Graubünden, Wallis, and Schwyz. The ones in Wallis and Graubünden are undisputed, but the status of primeval forest for the woods in the Muota Valley in Schwyz seems at least questionable to me, even through the ETH Zurich runs a research station there.

The bibliography of the article by Walter Keller quotes an edition of the Infoblatt of the Federal Office of Forests, Snow, and Landscape that can’t be found in any library. There are only three remaining copies of no. 337; the rest were pulped after printing. You have to know the previous history of the primeval forest in the canton of Schwyz in order to understand this. In the 1980s the canton’s then senior forest official, Walter Kälin, pressed the forestry professor at the ETH Zurich, Hans Leibundgut, to accord the Bödmerenwald in the remote Muota Valley the official status of a primeval forest. The ETH had been conducting research in this area since 1973, yet Professor Leibundgut, one of the pioneers of primeval-forest research in Switzerland, refused to furnish an opinion to this effect. I don’t know what led him to change his position, but the altered status certainly did no harm to either. Walter Kälin was able to memorialize himself, and the foundation that administers the funds for the Bödmerenwald today was well provided for. But this didn’t occur without academic objection. A postgrad student with the geology professor René Hantke submitted a dissertation to the ETH in 1988 with the wonderful title of “Signification de la palynologie appliquée aux sédiments détriques et organogènes du Pléistocène supérieur. Eem-Tardiglaciaire würmien et de l’Holocène entre Zoug, Zurich et Baden (Suisse).” Cathérine Sidler, the author of this dissertation, came under attack while defending it, her critics particularly homing in on the sections of the work in which she attempted to show that from a geological point of view the Bödmererwald couldn’t be considered a primeval forest. The attacks on her person and her research continued subsequently, and increased in intensity when she declined to withdraw her thesis. Shortly afterwards she killed herself.

In 1994 Nino Kuhn, also on the staff of the WSL, again took up the the primeval-forest status of the Bödmerenwald in the aforementioned edition of the journal, and published his article “Einführung in die Landschaftsgeschichte des Waldreservates Bödmeren, Muotathal, SZ” as a polemic against this status. As the result of massive criticism from all sides the decision was taken to pulp the entire print-run.

Then in 2002 Walter Keller published his invented article, his fiction, which however quotes the pulped no. 337 and the article by Nino Kuhn, thus also validating Cathérine Sidler. Kälin meanwhile commissioned research to confirm that the Bödmeren forest protection area is definitely primeval. Successfully. Nino Kuhn persists in his view that it’s an enchanted forest, but isn’t primeval.

DC: If you want to return to the primeval forest, the beech, the opponent of the druids, should be disestablished.

MUJ: Ha! The so-called “invasive plants” are pitilessly combatted at any rate. The giant hogweed, for example, which does in fact cause painful phototoxic burns. The suburbs, actually, are some of the areas with the highest rates of biodiversity, partially due to private gardens and transport axes such as railroad tracks and freeways, along which the neophytes spread thanks to globalized freight traffic. I can also understand that countermeasures are taken, particularly when these plants become too dominant. But I think that the vocabulary should change, especially since its is again becoming socially acceptable in the West as a result of the new drift to the right.

The conversation turns to other topics, and forty minutes later the train arrives in Zurich Central Station. I take the tram to the library and borrow three books on the Celtic druids. 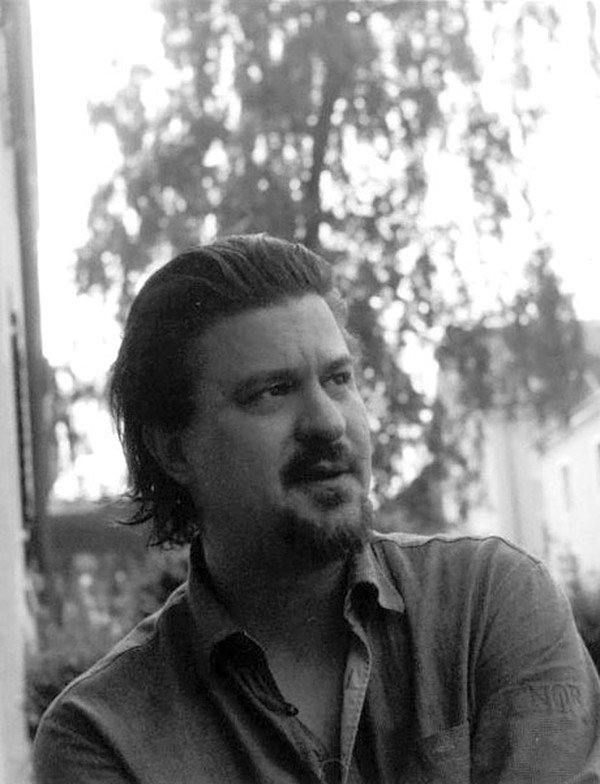 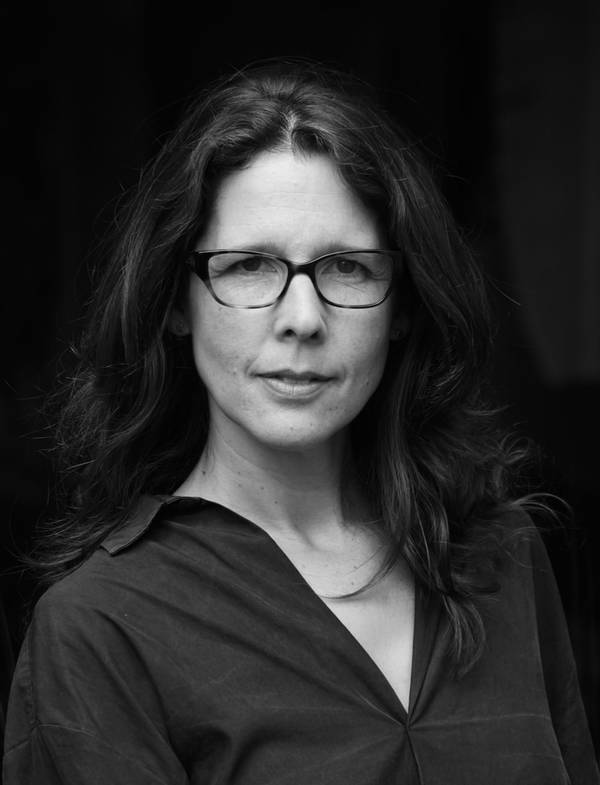